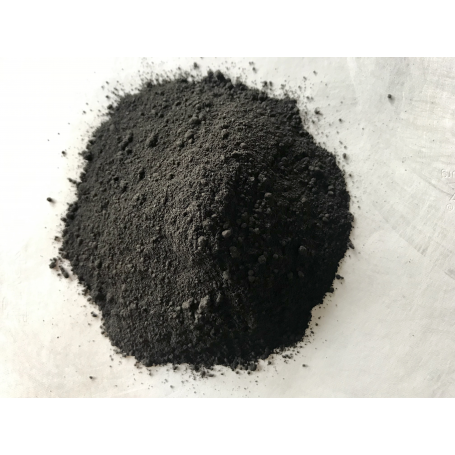 It consists mainly of clay in which the humic acids and carbon are “baked in” in the clay crystal. FIR is one of the few approved uses of humic acid in animal nutrition.

FIR is originally the abbreviation for Physical Ion Regulator. Due to its special properties, it has a regulating, facilitating function with regard to ions. In addition, FIR has a facilitating function for microorganisms. FIR-carbonclay has positive effects on fermentation, protein efficiency and intestinal health.

·       Many times finer than other carbonaceous minerals.

·       Humic acid is not added but is naturally present.

The Horse Therapist will measure the total amount per day per individual, the needs can sometimes vary.

FIR cycle system stands for efficient, economic and environmentally responsible dairy farming. In this cycle system, the relationship digestion-manure, manure-soil and soil-roughage receive a lot of attention. In conventional dairy farming, people are often blinded by milk production, which means that the entire farm system remains underexposed. With all its consequences: reduced health of dairy cattle, lower production efficiency, lower economic performance and a greater burden on people, animals and the environment. So central that too little attention is paid to these relationships. The aim of the FIR recycling system is to close the manure-soil-plant-animal-manure cycle as much as possible and to minimize the emission of harmful substances. The FIR cycle system aims for an integrated approach.